I Will Not Be Your Poster Girl: The Pretentiousness of Inclusivity and Gender Balance Does More Harm Than Good 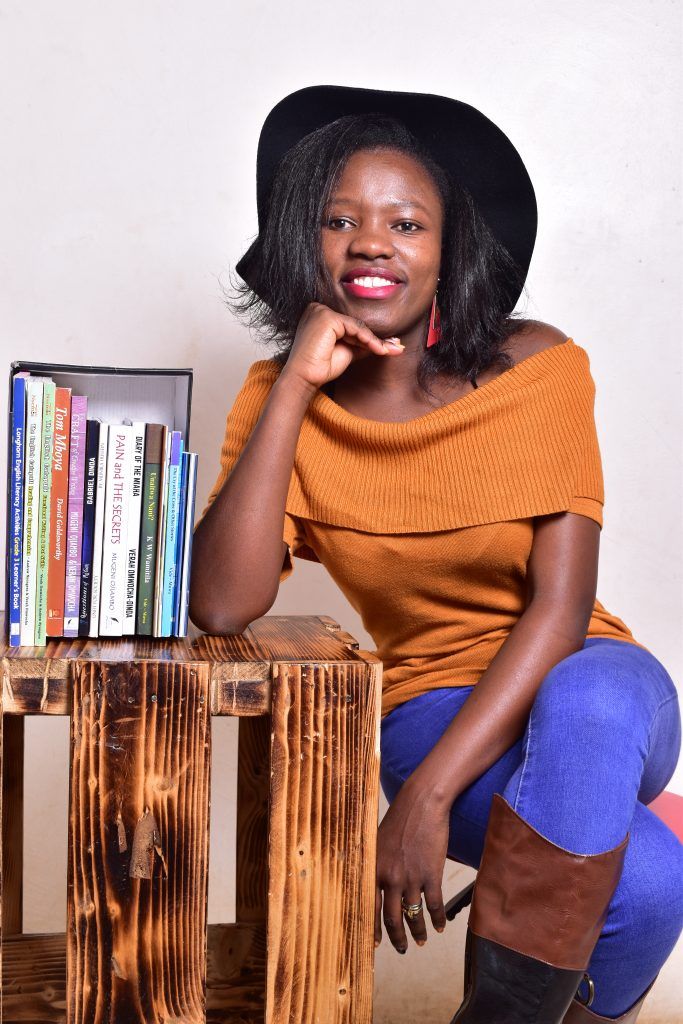 A while ago, a female friend from the literary circle in Nairobi asked me to be on a panel discussion of her fiction book. She wrote, ‘I just realised I have no female’. Thinking that she didn’t mean that, I asked her, ‘Did you ask me because I am a woman?’ When she confirmed that, I was mortified.

I thought about the 10+ years I have spent studying literature. I thought of all the money my parents and I have pumped into literature degree programmes. All these just so I can understand how literature works that even if I was dumb (which I’m not), I would surely know at least 50 things about books! And ironically, I have spent the last three years researching the people – women – and issues that she had written about in her novel. C’mon, she would have at least asked for my bio to gauge if I was a good fit for the panel.

If there’s a discussion I can hold, it is a discussion about books. I am very good with words and stories. But here I was, being asked to join something I totally love as a mere poster girl – the picture-perfect image to allude to female representation. An afterthought, the same way you might realise you forgot to carry a cake knife. What was my job description? To sit pretty and smile like a girl? To make the females in the audience feel like they had not been left out? Perhaps I’m exaggerating, but let me explain how wrong this is on a larger scale.

When I finally found my voice, I wrote (in part):

“I respect you so much; as a friend, as a writer and as a woman. But for you to ask me to be on the panel just for 'gender balance' is not only grossly offensive, but it takes us as women 50 years back. Think about it, you want a genuine and insightful book discussion and a vagina cannot do that but a brain, regardless of the biological features of the body in which it is housed, can.”

But then again, I realised that it can't be just her. She is not the problem. When I was done wondering how a fellow woman would actually conjure that up, when I was done taking in the offence and telling myself not to take it personally, I began thinking that the problem is the fallacy and pretentiousness of representation.

I felt offended for all the people who have been considered ‘diversity hires’. It’s more disempowering because I imagine that most people, besides making the money, want to contribute or feel like they are contributing; like they are part of a team. No one wants to be marginalised and reminded, overtly or subtly, that ‘oh shut up, you’re only here because you are a woman’. I didn’t want to be a prop because I’m sure none of the men had been asked to be on the panel based on their gender. So, it was unfair, not only to me but also to all the women who have fought for equal opportunities for decades. I suspect that most women actually want to get the job done, not just model for the job.

Back to my friend. Here’s what she wrote back:

“I respect your feelings and where you are coming from. I apologise if I have offended you.”

To that point, I had done everything to not be an ‘angry black feminist’. But when I saw the ‘IF I HAVE OFFENDED YOU’, I lost it. So, I didn’t respond. She clearly didn’t see anything wrong or didn’t understand what I was trying to communicate. There was no point in having the discussion with her. I just hoped she would see the implication of what she had done, and what it means for all the people who continuously get marginalised. But for the love of humanity, would people just stop pretending to apologise? If you’re not sorry, at least be decent enough not to pretend to say it. Anyway, that’s something to talk about in another article.

There's nothing essentially wrong in having an all-male panel if you can't find the women who can get the job done. I had attended a book discussion with a four-male panel barely a month earlier, and oh, the MC was also male. Although my friends and I passed notes gossiping about the seemingly all-male affair, the discussion was okay.
Thankfully, in my case, perhaps only my ego was hurt from this experience. However, this pretentiousness hurts people.

Take the case of buildings with steep dysfunctional wheelchair ramps meant for people living with disabilities. One time, I watched someone in a wheelchair being lifted to get to a building (a cultural centre!) because the ramp was too steep. On paper, yes, the building accommodates people living with disabilities but practically, it is the perfect symbol of ‘kwa ground vitu ni different’ (meaning what’s there is not what it’s said to be). How very disturbing! Actions like this, geared toward presenting an image, are actually more marginalising than not being represented or included if you think about it.

Gender representation, and inclusivity in general, is not just for a show. You have to believe that a person can contribute and only give them a chance because they can, not just to be seen as being inclusive. If my friend wanted a female on her panel, then she at least recognised that there was something wrong with having an all-male panel.

Politically, affirmative action saw the creation of the women representative positions in the Kenyan parliament, but their role is way more than just to be ‘seen’. It involves registration and lobbying for the rights and interests of the female members of society. They are, in essence, Members of Parliament. The beautiful hilly Gusii land, my birthplace, had to be compelled to send women to parliament through the seat, something my people had never done since independence. We have to get to a level ground because of the systematic failure in society that has denied women opportunities, not for women to have it easy or to wear high heels and model for the public.

I believe, in the long run, we want a performing female president or a performing president who happens to be a person living with disabilities. We want systems that work, not just a well-curated image. And I would bet on my life that there are countless people from marginalised groups who merit the top job in this country. For example, having a female president is a powerful statement, but we don’t just want to tell our daughters that all they need is the seat and to be seen. A female president is first a president – she has to get the work done and done well for any country to thrive. Let's encourage systems that empower marginalised people to be qualified for different opportunities. We can start by stopping the pretentiousness, both in our private and public engagements.

The next time you're tempted to use people who are marginalised, poor or disadvantaged in whatever way as props, think about how it feels for someone who can't use their wheelchair on a ramp that is not user-friendly, a ramp that exists on paper but cannot be used. Think about how it feels for someone to ask you to chair a board just because you're from some remote part of the country, even though you're an expert in the field. Think about that marginalised gaze you might have gotten for being different. It isn't a humane thing, is it?