The Percentage of Courage: Javi Reddy's Story About the Human Spirit 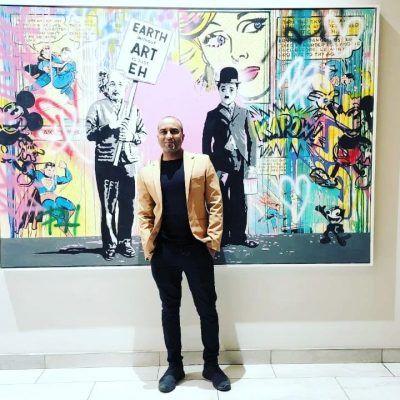 This is not a love story. Well, perhaps it is. I cannot be entirely sure. Through the crevices of words in books, within the images of unblemished actors and actresses on screen, and embedded in melodies from musical magicians, we are taught one valuable lesson about love: it should always have a happy ending. It should end with your hand locked in another’s with the promise that it will continue late into the night. And the next morning that hand will still be there as the sun rises for another day.

Funny, I never got that ending.

I remember the first time we met. She was sitting on a bench by the beach. Who knew she was carrying the whole world on her shoulders? That’s what single mothers do. Of course, I was late for our first date! I went to the wrong side of the beach, typical me. But there she was. She shone in the afternoon sunlight. We went for a walk. They salsa-danced in the background; the waves crashed peacefully. You never know when your life is about to change. That day, mine did.

I usually hated Sundays. Not that one. I wanted to hug her but she kissed me instead. I knew I was in trouble after that. We fell in love. She gave me everything: her heart, her child, her soul. You roll the dice in relationships, hoping that it lands on a number that doesn’t break your heart. I was shattered when we broke up. I never admitted that to anyone – men are apparently not supposed to do that.

Shortly after, I left my job where I had always been miserable. I had tried to stay in Cape Town for her but it was time to say goodbye and aim to rebuild once more in Johannesburg.

Anger is a strange emotion. We don’t realise that those that anger us are those that take up the most space in our hearts. Our relationship had ended abruptly, on her terms, and she continued to post incessantly on social media, so much so that I had to eventually block her. I chose to be continually angry at her. It helped drive me at first. Consistently, I kept writing and started to win awards for my work. I buried myself in my job and started to quietly enjoy my career. I went to the gym; I played football. All as an angry man.

But when friends leave the restaurant after the last drink in the early hours of the morning; when you are alone in your bed, how is that anger working out for you? After that, I experienced a seismic shift. From anger to guilt to forgiveness. If not for my mother reminding me who I was and just how important it is to be true to one’s self, I may have never done what I did next. I sent a video message to her, pouring my heart out. I did what I never did since our break-up; I thanked her for loving me.

Years later, as I sought to carve out another day in a city away from her, my aunt called me from Cape Town and reminded me of her. She, the last woman I loved, was now 32 and had stage 4 cancer. It had spread from her breast to her spine and her pelvis. I went cold.

A few days later, I saw a picture of her. She had shaved her head. She was still so beautiful. My word, I loved that smile. I remember when she used to say something, not entirely sure whether it was funny or not. She’d look at me and I’d burst out laughing because it was hilarious! Then she’d laugh her geeky, wonderful laugh. That was her, the real her.

For my birthday, a few years ago, she waited outside in the cold at a bus stop to get my gifts. She didn’t have a car. But she found a way to get me 33 different gifts, each one with a special message on it. Now, as she made peace with her cancer, she hoped that even when it is her time, I will remain a father figure to her daughter. A gift and a promise to keep.

Cape Town broke my heart for so many reasons. Institutionalised racism; lack of a fundamental support system; being a non-Afrikaans/non-Christian in a dominantly Afrikaans/Christian suburb. These were but a few claws that dug into my back. As a minority in a city that takes the white privilege to another level, maybe it was no surprise that having someone and then losing them there hurt all the more.

But after anger, after forgiveness, perhaps comes the most powerful human emotion; courage. Courage is the path you take if you want to move forward with your life. I never thought that my ex and I would ever speak again. I don’t even like that word – ex. It seems more synonymous with ‘experiment’ or ‘exterminate’. And she was a chapter, not a problem. She did not choose what happened to her body. At her age, there was a 0.44% chance of her getting breast cancer. But she did, and she choose to fight on without anger in her heart.

Hatred can literally change your body, having a negative impact on the nervous and immune system. A form of extreme emotion can trigger stress hormones in our brains and over time, result in grave health consequences.

The human spirit is made up of many precious and vulnerable stones that live within us. Anger. Hope. Resilience. Fear. Happiness. But we often forget that we get to choose how much is within us. If we have a certain percentage of life left to live, we can live with 80% anger and 20% resilience. Or 50% bravery and 50% optimism. It could be anything we keep within us.

Also Read: Of Relation-Ships That Sink – I Need Space