Beauty With Brains Is Not a Compliment 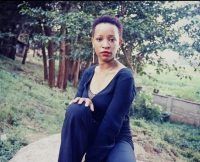 Over the years, we have deconstructed a lot of statements or rather backhanded compliments directed at women. You are too smart for a beautiful girl. Or, you are beautiful for a dark-skinned girl. You are too opinionated for a woman – often used to silence a woman who is making a lot of sense. A whole bunch of statements to which we meekly used to say thank you, pick them up in both of our arms and mull over them, not believing we simply were those things that we were complimented for.

Recently, I read a comment – ‘beauty with brains’. I did not respond to the message. It reminded me of the jokes I used to hear back when I was in campus. Something about one per cent of female JKUAT students being beautiful and 99 per cent being engineering students. Somehow, the ability of the female engineering students pursuing the course was attributed to their ‘lack’ of physical appeal. In my Microbiology course, we were a handful of women. Often, it would be said that we look like we should be in some other field, like the arts.

Even after all the years of proving ourselves to the world as women, it somehow still considered baffling that a woman, a ‘pretty’ woman at that, could be intelligent.

Being referred to as a ‘beauty with brains’ sounds like a compliment until you actually consider it. It almost sounds like a surprise to patriarchy, like it doesn’t believe that it was only using women for children and chores. How can she be more if she is already so beautiful? Somehow, a woman’s intelligence and beauty are considered mutually exclusive.

The ‘you are not like other women’ is one that takes the tiara. It sounds like something someone stumbles upon and falls over on their way to compliment a woman. There is nothing wrong with acknowledging that people are different but it sounds like an insult to hear that the only reason you are good enough is that you are not as bad as another woman. Or, you have something she lacks – often in reference to personality.

It illuminates the fact that people’s different choices, especially women’s, are still unacceptable. As if there is a code of conduct that women must adhere to in order to be ‘not like other women’. Our everyday experiences as women equalise us. At the core of it, we all have the fear of being sexually harassed, we worry about how we are perceived (even though this is a burden we are learning to put down), and we are still agonising over all the reasons why we have to fight for our space in the society, and still be woman enough to not be like other women. It is a bit of an over-expectation.

The most unfortunate thing is that most men dish out these compliments like a political opinion, not seeing anything wrong with them. It shows the lack of connection between us as the sexes. But how can we talk when we already assumed that we know what the other wants to hear? Beauty and brains are not mutually exclusive. The automatic assumption that anyone beautiful is not intelligent, is not intelligent at all.

In addition, there is a new breed of men – often those who consider themselves woke – who keep talking about how feminism has lost its purpose or focus. It is as if they started the movement themselves with a clear-cut focus that women are derailing them from. This deep fear of equality, always flipping the coin asking ‘what about men?’ whenever any women-related issue comes up in a positive or progressive light is disgusting. It is the same trajectory that leads them to insult women with an appendage of ‘but don’t take it to heart’. Patriarchy built the systems. Everything women are doing is to undo the damage and the bias.

Also Read: Is She a ‘Loose’ Woman, or just Fluid Enough to Escape Misery?