Cognitive Dissonance: Why Most People Are Walking Contradictions 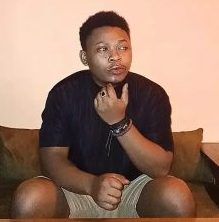 Failing to live up to the beliefs and standards we hold close to our hearts is part of human nature. We spend years building avatars and castles of what we should be like, or what our lives should be like such that our failure to embody a certain mode of being or lifestyle causes disharmony within us. This phenomenon is best explained by the Cognitive Dissonance theory. It states that as human beings, we tend to seek consistency in our beliefs, attitudes and behaviours, and that dissonance arises when we embody or act out contradicting beliefs or actions. In situations where this is the case, something must change, either our beliefs or behaviours, so as to eliminate the dissonance.

In the 1950s, an American social psychologist called Leon Festinger infiltrated a Doomsday cult. Reason? They believed the world would perish in a ‘Great Flood’ and that Aliens would only rescue them. They even had a specific date for this Armageddon – December 21, 1956. Leon’s curiosity about how they’d react once they realised that no flood was coming to ‘drown the sinners’ led him to hide amongst them. December 21st came and went. Nothing happened. No flood, no aliens, just nothing. Except for other human beings going on with their lives of course.

Then, something really interesting happened. Some of the newer and less committed members left the cult, clearly embarrassed of how stupid and naïve the whole charade was. But the older members did something even staggering. They changed the narrative. They, all of a sudden, now understood why God chose to spare them and the whole world after all. It was because they were so devoted to prayer and seeking the salvation of the human race, that God decided December 21st 1956 wasn’t the best day to exterminate life on earth. How convenient, right? He couldn’t have given them a heads up, not even a smoke signal. They somehow had to resign from their jobs, sell their houses, and pull their kids from school, only for God to wag His index finger at us for being ‘naughty children’.

Cognitive dissonance is the result of perceiving contradictory information. It is the psychological stress or discomfort that occurs when we have to choose between two incompatible beliefs or actions. It’s the sick feeling that clouds you when you’re doing something that goes against your basic principles and what you stand for.

Also, the greatest dissonance occurs when 2 alternatives are equally attractive. Imagine you’re a family man. You have 3 kids at home, a beautiful wife that takes care of you and your little army, and life’s generally good. Except for your finances, you could do with a couple more thousands in your bank account. Then you get this job that needs you to go live in the middle of nowhere for years, but you’ll make more than what you and your small family need.

So, what do you do? Do you pack a suitcase and leave your kids and wife? And if you don’t, how else will you make the money that you’re foregoing? But will your wife still be the same woman you left when you come back? Will she fall out of love with you for being continents away from her? And what if you stay and 3 years down the line bills break your back and the marriage fails, yet you turned down an opportunity of a lifetime for the very family that’s threatening to crumble due to financial instability?

There are 3 ways to eliminate dissonance:

Again, let us assume that you’re a chain smoker. Cigarettes love you and vice versa, life feels like it was void of colour before you bumped into tobacco. But you weren’t born a chain smoker. You had a life before, a boring life, but life nonetheless. During this period of your life, you knew things, things like tobacco causes cancer. Your mum caught you once smoking behind the granary and she literally whipped the smoke out of you. It’s been 10 years down the line now, and a part of you feels like if you had listened to her, you probably wouldn’t be smoking 3 packs a day.

But another part of you protests, why feel guilty? Why torment yourself over split milk? And even if tobacco causes cancer, aren’t you still here? Aren’t you still around? So why blame tobacco for something it’s not solely responsible for? This right here is a fine example of reducing the importance of a dissonant belief. By watering down your belief that staying sober is better for your health than being high, you reduce the cognitive dissonance experienced every time you light a cigarette.

The same concept could be applied to the family man too. He could either reduce the importance of him staying close to his family so he can go work far away or the importance of the money he’d earn from the job so as to ensure his stay back home isn’t as strenuous and full of regret as it could’ve been.

The second solution, which is acquiring new beliefs to tip the balance in your favour is best illustrated by the response of the doomsday cult members I mentioned earlier. By assuming that God decided to spare all of us due to his ‘undying love’, they adopted a new belief that was redundant before dissonance was created when their belief of the world ending was proven wrong.

We could also equate this scenario to when you’re dating someone that is the complete opposite of the ‘ideal partner’ you had in mind. By falling in love with someone that has traits you didn’t see yourself dealing with, good or bad, your brain is forced to restructure the image of an ‘ideal partner’ in order to accommodate this one outlier you so happen to be smitten with. This solution, unfortunately, can be manipulated (by ourselves) to overlook obvious red flags or shortcomings because we’re too attached to objectively analyse the situation at hand. So, our brain focuses more on the positive attributes, however far-fetched they may be.

The third and final solution refers to getting rid of one of the alternatives. It may be the belief that cigarettes aren’t good for your health, so you can continue enjoying your highs without psychological implications, or outrightly getting rid of the habit altogether. No excuses or modifications to your belief systems to accommodate your cravings. This solution can also manifest as cutting off toxic relationships, relationships that you’ve tolerated just because they’re family, or because ‘no one else could love you the way they do…’. It’s by far the most practical and effective, especially if the situation at hand would give rise to negative consequences if you decided to change your beliefs or values instead of the behaviour itself.

I believe cognitive dissonance is our brain’s way of raising the alarm whenever we’re tempted to engage in something that doesn’t align with our beliefs. It also helps shed light on primitive and inessential beliefs that we may unconsciously harbour inside. And by evaluating the source of the contradiction and friction within us, we by default minimise self-deception and update the ‘software’ that our principles and values generate from, thus hushing the noises in our minds.