The Psychology of a Nation – Kenya 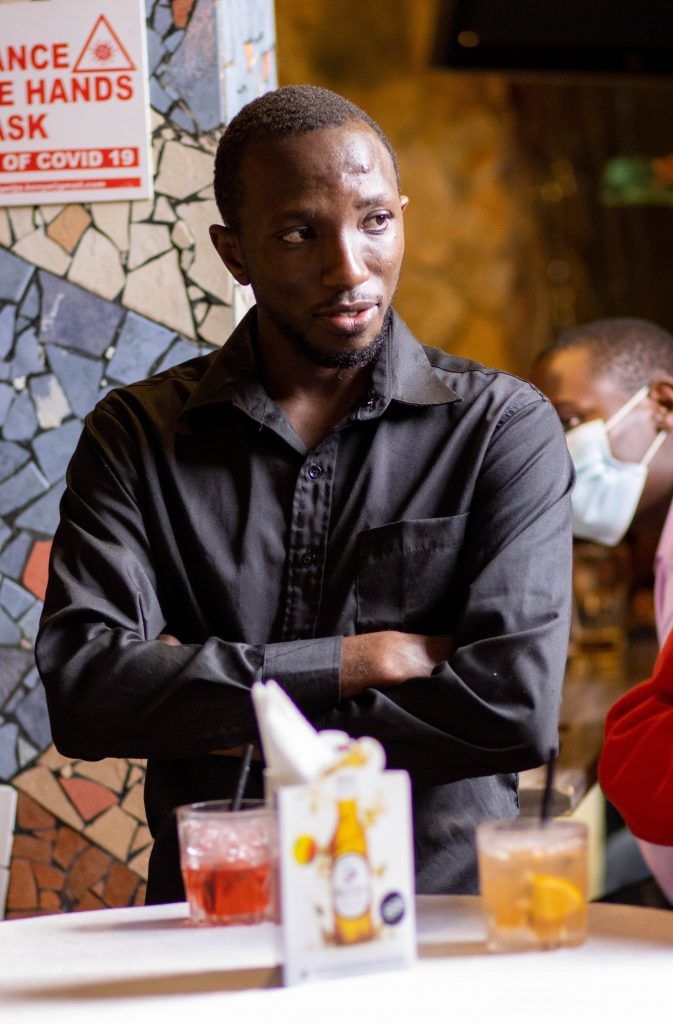 The more I ponder on what society is, the more amazed I am. Is society an entity that exists and has a life of its own separate from the individuals in society? Someone once told me that I am good at stating obvious truths. It is obvious that society is a separate entity, but when I think about it, I see some astounding truth in this that is not so obvious.

Does that sound strange? Don’t we take it for granted that countries have personalities? We think of Nigeria as extroverted and Rwanda as introverted. Tanzania is suspicious, and Uganda friendly. Somalia is temperamental. What about Kenya?

Intellectuals and artists are the consciences of the country. We are the inner eye that looks into the mirror and tells our countrymen the truth about themselves. For instance, Kenya’s century of existence has been characterised by a disease known as “othering”. Othering was introduced as segregation and apartheid by the colonial government. After we gained independence, we “blackwashed” everything that was established by the white man. This “blackwashing” we christened “Africanisation”.

In the era of Jomo Kenyatta, we Africanised the systems but changed nothing fundamentally.  We did not do a radical overhaul of the philosophy or structures making up the Kenyan state. We did not pursue decolonisation as a national agenda. We replaced racism with tribalism. To this day, English is glorified and African languages are treated as second-class – in fact, they are criminalised in our schools.

In nearly sixty years of its existence, this nation has run the gamut from autocracy to liberal constitutionalism. Yet in all this, it is possible to discern certain consistent personality traits. For instance, our tendency to forget history. The penalty for forgetting history is repeating it. I was told that situations will reoccur in your life until you learn the lesson the universe wants you to learn.

Is Kenya a person? What are her aspirations? What are her traumas? In what ways does she self-sabotage? What are her strengths and weaknesses? What does she fear the most? If you analysed your country in the same language that you use to analyse an individual, you would learn so much. You would even find solutions to the country’s greatest ills. In the Bible, poetic language is used to personify countries. Yahweh says Judah and Samaria are two sisters that went astray. In the book of Hosea, he compares the Northern Kingdom of Israel to an adulterous wife.

As artists, and especially writers, our role is to psychoanalyse the nation. It is we who inspire the discourse that rouses a country. Artists express the emotions twisting inside the heart of the nation. Writers and thinkers take those emotions and transform them into rational arguments. Politicians take these arguments and communicate them in a language that the nation will understand. And once the people have heard and understood, the nation moves forward.

I am describing the internal economy that governs a nation’s psychology. The nation’s collective consciousness throws up emotions that are captured by the artists, contextualised and organised by the writers or thinkers, and subsequently simplified as messaging by the politicians. It is not until a message is spoken on political platforms that it sinks into the soil of a nation. This is because it is the politicians who speak directly into the nation’s ear.

And even with politicians, there are levels. MCAs cannot speak to the nation. Governors may, but their jurisdiction is county politics, not national. Senators may. Members of the National Assembly may. It is the politicians involved in national politics who have the most direct connection to the nation’s ear. When the President speaks on an issue, it becomes incorporated into the fabric of the nation. When the Supreme Court makes a judgement, it is final and becomes part of the law of the land. When the National Assembly passes a bill, it becomes law.

This is why as artists and writers and thinkers, we must not tire of expressing ourselves. We must not quit, thinking that our work is in vain. Every insight we deposit into the collective consciousness is important. Especially when many of us are doing it.

In the eighties, writers like Ngugi had to go into exile. In the eighties, thinkers were detained without trial for expressing subversive ideas. In the eighties, certain books were banned because they were deemed too dangerous for the nation. Tyranny understands the power of ideas and will do everything to gag alternative thoughts. In a dictatorship, everyone is expected to think in a specified way.

It is the artists, the writers, the rebels, the crazy ones who push us forward because they dare to think different. They do it at a great personal cost. But were it not for them, those who go on to make magnificent impacts on society – the politicians, the judges, the policymakers, the entrepreneurs – would not get the inspiration to address the big problems. The language of democracy and progress is crafted by thinkers long before it is adopted by politicians.

Elon Musk says that he loved science fiction when he was growing up. In fact, many who went on to found world-changing technology companies in Silicon Valley grew up being fanatics of movies like Star Wars. Reading science fiction taught their young minds how to dream of the future. When they grew up and became technologists, they wanted to make the dreams in their minds come true.

Also Read: In Search Of Language Justice: The Disconnect Between Our “Englishified” Brains and Our Lived Experiences