The Scourge of Foreign Capital in Developing Markets 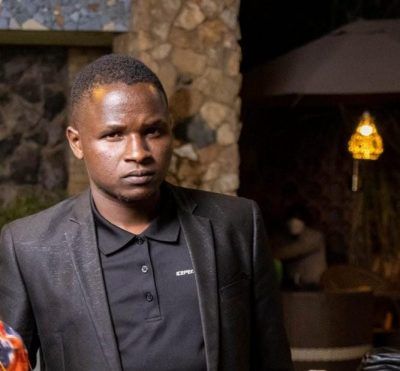 There are numerous reasons why the Kenyan economy is not performing well, ranging from poor infrastructure to mediocre exploitative lending practices. However, one factor that is often overlooked is the unfettered flow of free foreign capital into the young economy and the impact that this can have on local businesses.

Grants are the primary source of free foreign capital. Once in the country, this capital plays varying roles depending on which hands it falls into. Some go into funding NGOs, others to help set up startups, and so on. Nearly all of them, however, do a subsidisation of some form, and it’s this subsidisation that is the root of an economic evil that ought to be given more attention.

Although it is a well-established rationale that subsidies compromise free market dynamics and negatively impact economic efficiency, foreign subsidies are even worse. And given that we are a country still trying to attain economic independence, the matter becomes even more urgent. To better understand the impact of free capital on a young economy, let’s consider an example.

One sector in Kenya that receives a substantial amount of foreign capital in various forms is the sustainable or green energy sector. Take then the case of Choma Manufacturing, a hypothetical clean energy startup in Nairobi. They run a huge factory that makes energy-saving jikos and a few other cooking appliances. Their jikos retail at around KSh 4000 in the Kenyan market. The locally produced version of the same energy-saving jiko made by local Jua Kali artisans retails at around KSh 1000. Technically, both Jikos perform similarly, and if left to compete under free market rules, Choma would have been out of business a long time ago. However, that is not the case. One must then wonder, how does Choma Manufacturing keep making sales?

The simple answer lies in the fact that Choma has an endless access to free money in the form of grants and donations, all of which are sourced from outside the country. You see, although they have a factory in Nairobi, Choma is foreign-based, and they have a whole department in their office dedicated to raising grant money from donors. Practically speaking, Choma Manufacturing is not in the business to make any genuine profit or pursue any innovation goals. Instead, they are in the game to acquire as many grants as possible for the longest period possible. Their local counterparts, on the other hand, do not have such access to free capital. They operate under real scarcity.

It is this differential access to free money that allows Choma to greatly subsidise the true price of its jikos to prices much lower than the KSh 4000. They can effectively force them into the Kenyan market often under prices much less than that of locally produced jikos. However, local producers who make their jikos with locally sourced materials and resources cannot afford to lower their selling prices without going out of business.

Another sinister thing that accesses to endless free money allows Choma to do is to sell their price-inflated jikos on credit. Since they don’t need to generate an actual profit, Choma doesn’t have to do any form of real credit evaluation to decide who gets their products on loan. For example, they may decide to allow purchases if the customer pays an initial deposit of only KSh 500. Their primary objective is to get as many jikos into the market as possible, and that way they can use the sale stats to appease donors for more grants and donations. On the other hand, local producers competing for the same jiko market share with Choma are constrained by real financial scarcity and do not have the luxury to carelessly sell their products on credit.

The consequences, intended or otherwise, of the setting above are obvious: local Jua Kali artisans gradually lose their economic livelihoods as their market share gets diminished, and poor people get trapped into unnecessary debt. Less obvious is the fact that the nation’s economic efficiency takes a hit when consumers are actively incentivised to make stupid decisions they would otherwise refrain from were it not for the subsidy. Although companies like Choma will often claim that they are helping Kenyan communities by creating employment opportunities, it must be noted that the harm they’re causing is much more.

The scenario outlined above is unfortunately not limited to the sustainable energy sector. Across Kenya and many countries in the developing world, there has been a sudden mushrooming of grant-dependent companies over the past decade, often masquerading as social enterprises, with similar negative impacts on the young industries. They are generally led by pseudo-entrepreneurs, who have no intention of solving any real problems but raising grant money and building a name for themselves so that they can further climb the modern corporate ladder. In itself, there is nothing wrong with being delusional or solving fake problems. However, when one does it at the expense of poor people and economic efficiency, it should raise the eyebrows of anyone committed to honesty.

I believe the African struggle is more economical than political this Century. The political freedom that our forefathers died for is being compromised because we have been unable to find economic footing in an increasingly global world. Part of making progress in this sphere entails refusing to be part of economical charades such as the one Choma Manufacturing is perpetuating. Free money constantly flowing into a young economy like Kenya’s can kill small businesses, put poor people into unnecessary debt, not to mention the racial discrimination that is often attached to these harmful donations. Afterall, nothing is free, unless it is poison. At some point, we’ll have to decide whether we want to be respected or to be pitied. We can never have both.